After a lovely Autumn Equinox, I had a vigorous start to the fall, kicking it off with a full Saturday. First, an early morning race at the Toronto Zoo where I ran 10km in about an hour, then a visit to the Spadina Museum near Casa Loma for a heritage apple tasting hosted by the lovely Suzanne Long.

At Spadina, the gardens and orchard were beautiful, and the apples plentiful. There were two long wooden tables covered with plates, hand-labelled, and ordered on one side by generation (ye olde small French St. Lawrence begat McIntosh, who begat Cortland, fathering Macoun and Spartan also…) 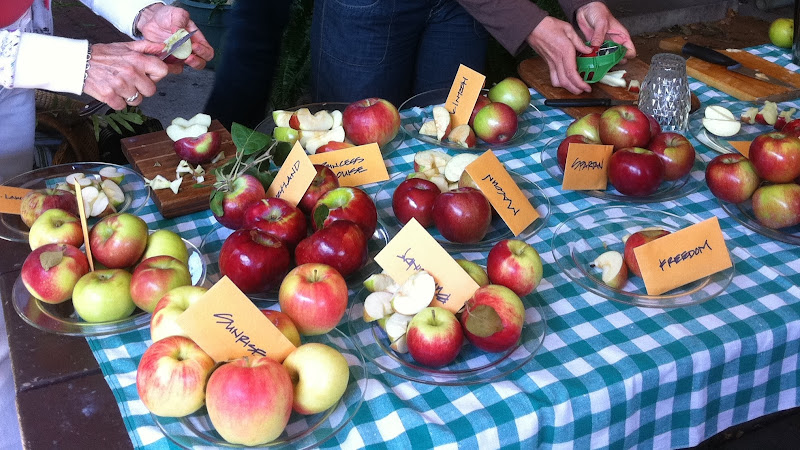 …and in a more eclectic grouping on the other side by age and family, dominated by russets and other peculiarities including a pink-fleshed crabapple hybrid (the Pink Pearl). So many great names! Sunrise, Baldwin, Burgundy, Freedom, Golden Reinette, Gravenstein, July Tart, Jefferis, Tolman Sweet… 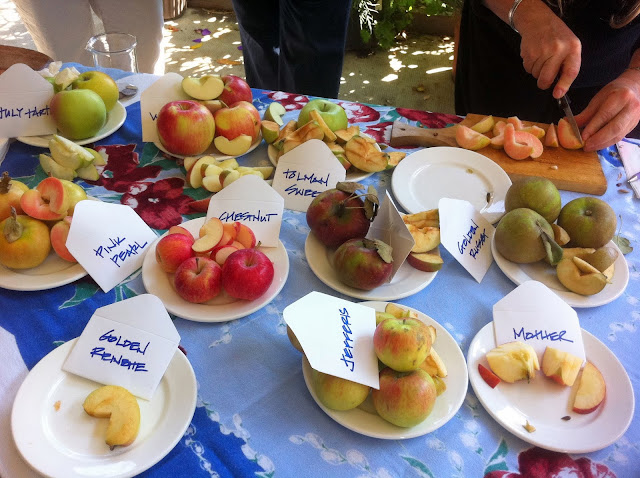 Many of the varieties in attendance were on the endangered apples list: sadly, since commercial farming is all about maximizing yield, the diversity of breeds is dying out, and many apples are disappearing not just from marketplaces, but from existence.

Think: when was the last time you went to your local Sobeys, Loblaws or Metro and saw more than the usual 10 standards? (Red or Golden Delicious, Granny Smith, Macintosh, Gala, Pink Lady, etc) One hundred years ago, North America sported over 15,000 apple varieties; now, only about 3,000 varieties still exist and most of those are endangered.

At the tasting, I heard stories from people who are friends with small orchard owners, saying that lots of local farmers are chopping down stands of Russets because they’re too hard to grow commercially. Extreme sadface. I love Russets.

Some of the more obscure varieties we tried were, alas, some of the tastiest. On the Macintosh table, there was an old parent-of-Macs variety that was described to me as “something you’ll never taste again”: the Princess Louise apple was a sensory delight – sweetly perfumed, crisp, with a rich honeyed flavour made all the more poignant by its rarity. 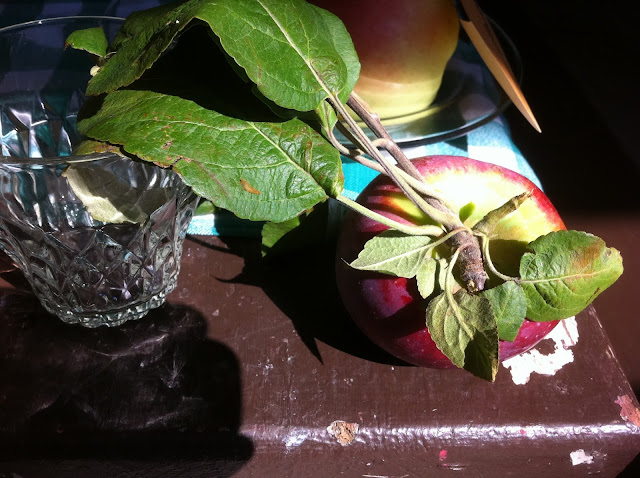 Before I select the pick of the crop, I should give a disclaimer: not only do I love Macintosh apples, I adore all apples, and could eat them until I have a full-on bellyache. There is no stopping me with apples. I have a witness to the fact that, after eating apples for two solid hours at the tasting, I went home and had TWO slices of apple tart for dessert. True story.

My favourites of the day were Mother, a rich red beauty with a cream-coloured interior that had a bright, snappy sweet flavour, and Chestnut, another rare find, a crabapple with an edible, nutty-sweet flesh. The Chestnut was hardly bigger than its namesake, a glowing ruby red on the outside and a warm yellow on the inside. I could have eaten the whole plate. 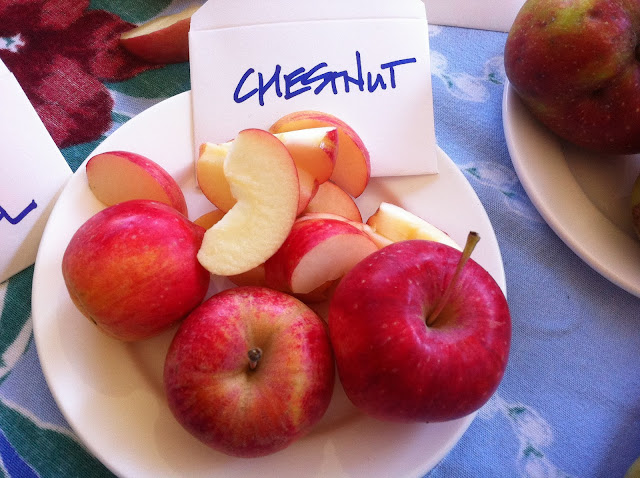 As LeVar Burton would say, “you don’t have to take my word for it.” There were food bloggers a-plenty in attendance, snapping photos with cameras that were far superior to mine. Here’s a list of some other Toronto writers who might have covered the event, go check out their opinions of the tastiest pommes:

Feeling left out? Wish you were there? Don’t despair! As Yoda would say, “there is another.”

Another heritage apple tasting event coming up, that is! Yes, great news; Toronto’s own Cookbook Store at 850 Yonge Street (Yorkville) is holding a combined heritage apple tasting and apple pie contest on October 1st. I will, of course, be competing in this baking competition. If you choose to enter, be forewarned: you will be throwing down against Moi. I HAVE PUFF PASTRY AND I’M NOT AFRAID TO USE IT. 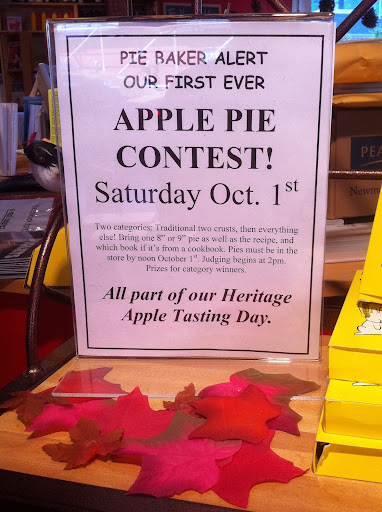