I am ignorant about many things. Advanced math. Basic math. How to speak Cree. What zebra tastes like. Where Waldo is right now. According to Benjamin Hoff, this is not a problem.

My upbringing led me to believe ignorance is not bliss, but should be exterminated at all costs. Education, hard work and extensive reading were held as virtues. I am currently reading a little book called “The Tao of Pooh”, published in 1982 by Mr. Benjamin Hoff, and its philosophy disagrees with everything I’ve been taught. It suggests doing the complete opposite: trying to achieve nothing. Interesting.

At university I read plenty of Western literature, with my East Asian studies limited to translated Japanese culture – movies, literature, architecture and gardening. I learned about Buddhism, Confucianism and Taoism only in passing.

A few years ago I recorded The Art of War, a Chinese military treatise and (so I was told) a prime example of Taoist thinking. Curiosity compelled me to buy a small pocket volume of the Tao Te Ching, but after struggling through the book once I found its way of defining through negatives – what the Tao is not – to be impenetrable, and surrendered to ignorance.

A few weeks ago I read Neal Stephenson’s The Diamond Age, which was full of references to Confucianism. I had the distinct nasty-crawly feeling that there was a lot of subtext related to Chinese history and thought that I was missing. So I hunted down “The Tao of Pooh”, which proved very elusive to find at my local used book stores – a good omen of quality.

The Tao of Pooh is an easy introduction to Taoism, using Winnie the Pooh as your guide, narrator and mascot. Here is a more fulsome review than mine, if you’re curious to know more.

The principles of Taoism (as told in the book) are the Uncarved Block, the Cottlestone Pie principle, the Pooh Way, That Sort of Bear, and the Great Secret. 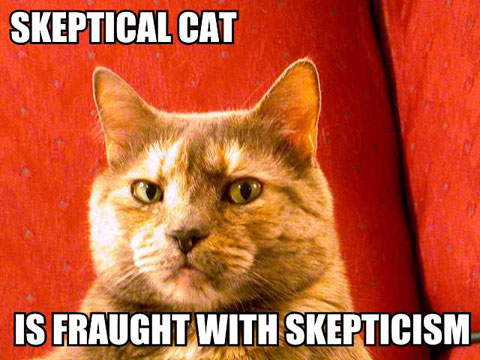 While I’ve enjoyed the challenge to my preconceived assumptions, I have bones to pick with the author in his method of debate. Twice I had to put the book down in annoyance, because Hoff is so combative in defending his views. He fails to embrace the first “jewel” of Taoist ethics: compassion. I don’t take issue with his belief that Taoism is the one perfect Way (he’d be a poor advocate if he thought otherwise), but he pauses in his crusade to belittle other beliefs while arguing his point.

In Chapter 4, “Spelling Tuesday”, he’s very insulting to scholars and pokes fun at Owl, one of my favorite Winnie the Pooh characters. And in Chapter 7, “Bisy Backson”, he aggressively mocks ambition and hard work. But, but… what if my Inner Nature defines me as a Scholar? What if I am That Sort of Bear? Are Knowledge and Cleverness really so incompatible with Wisdom? If so, why did I spend all that money on those damned useless degrees?

I agree with Hoff’s assertion that many people in the modern world do things out of obligation, not natural inclination. We study to get jobs, not to acquire wisdom. We work to make money, not to fulfill our inner nature. I think taking a step back to consider what we truly are and what we really want is a good idea, difficult though that process may be.

But the political creature in me, small as she is, is skeptical of the motivations behind a philosophy that urges people not to look above their station, or to try and rise above what they were born to. If stonecutter loves to cut stone, let him or her continue in their natural path. But if they aspire to be something greater, why shouldn’t they rise and become a ‘Bisy Backson’?

Hoff uses cheerful examples of great men who eschewed formal schooling and went on to make history, like Buckminster Fuller and Thomas Edison. But what about the peasant in mainland China who harvests rice for a living? Is this philosophy going to help them discover their inner physicist/inventor? Or does it urge them to be content with their lot, lending credence to a society based on class divisions?

My own father was a stonecutter in his way – he cut coal out of mines before deciding to aspire to a different life and moving countries. He did not go with the flow of the stream, he swam against it, defying the life he was born to, and became a merchant. Would Taoist philosophy say my father should have remained a coal miner his whole life, not moving to Canada? Am I missing the point?

“Everything has its own place and function. That applies to people, although many don’t seem to realize it, stuck as they are in the wrong job, the wrong marriage, or the wrong house. When you know and respect your Inner Nature, you know where you belong. You also know where you don’t belong.” -Benjamin Hoff

Next? Maybe I need to read The Te of Piglet to grasp the bigger picture…