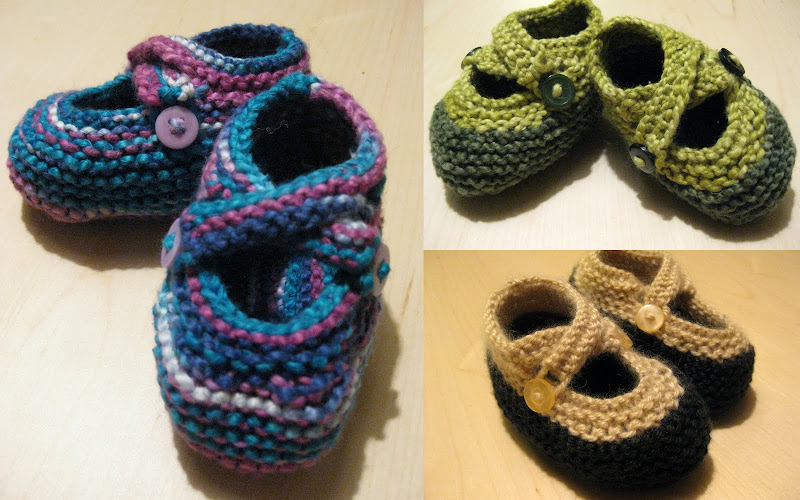 Four of my girlfriends are currently pregnant, and they’re all due to give birth in Spring 2010. So, I have had to abandon my usual practice of sewing crib quilts for the less time-consuming making of baby booties. I’ve been knitting multiple versions of the pattern “Saartje’s Booties” like I’m on an assembly line, and have completed 3 of the 4 pairs I intend to make before due dates start in April. The first pair went to an expecting mommy at a baby shower I attended this past weekend. It was fun to look at The Belly and imagine the little lady inside who will be sporting my handcrafted footwear a few months from now.

As you might imagine, this sudden explosion of babies in my social circle leads many people to inquire whether *I* will be / would ever become “with child”: making my own tiny human genetic copies, passing on my DNA to enrich the next generation, etc.

To put all the questions to rest (yes, I’m growing weary of being asked again and again when I’ll join the Mama Club), I may consider it, but not at the moment. Anyone who wants to know can put their curiosity on the back burner until 2013, when at 35, I will reconsider the question.

For one thing, James Cameron has instilled an unhealthy fear of the birthing process in me: I’ve watched Aliens too many times to not fear that my progeny would try to exit my body in a really messy and unpleasant fashion. On a more mundane, realistic front, I’m just not ready to dive into the world of milky puke burps, diapers, bum rashes and all that. But my own hesitations only make me prouder of the wonderful women in my life who have taken the plunge into motherhood. I’ll take pleasure in being the aunty who can teach your kid all about hacking, English literature and the wonders of graphic novels.

That’s all I have on the baby front for now.